For us, preserving tradition and at the same time looking into the future means constantly redefining the sound world we have known for centuries and continuing the love for craftsmanship passed down from generation to generation in our family.

Organ builders from seven generations have shaped our organ building company over the past 200 years and contributed their passion, knowledge and skills to the craftsmanship of organ building. 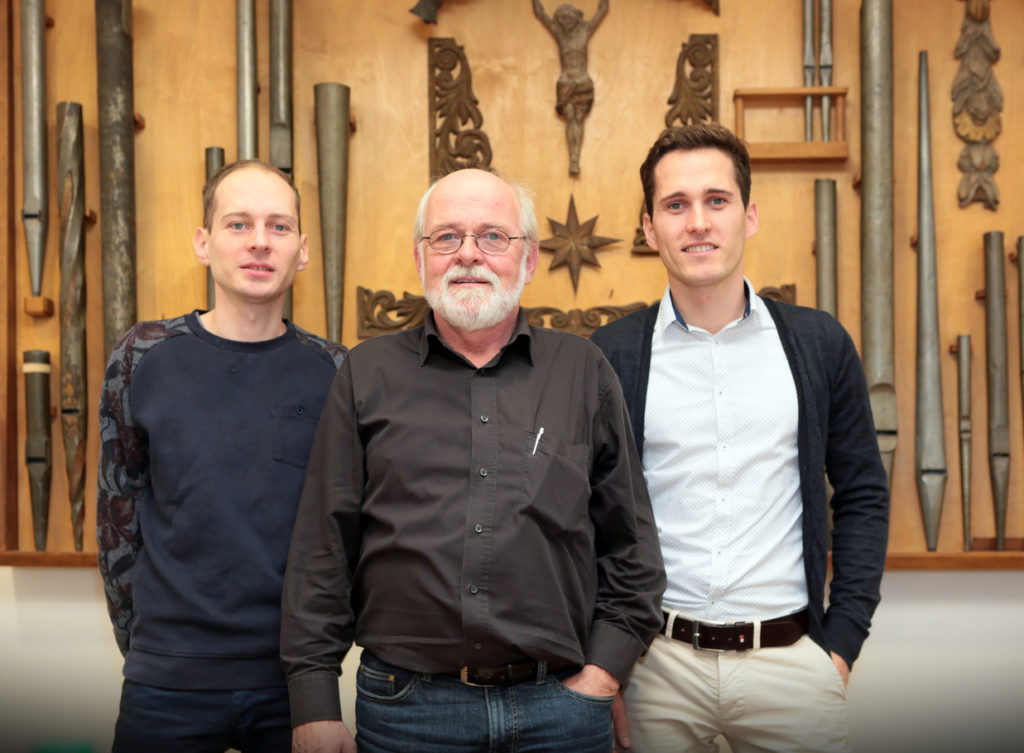 to the bottom
New generation with new management team
In October 2018 Matthias Schuke decides to hand over the management of the traditional company to his two sons Michael and Johannes. As master organ builder and industrial engineer, the two brothers complement each other perfectly and are strongly committed to organ building for future generations.
Two brothers in the company again

In 2017 Johannes Schuke joins the family business and supports his brother in the upcoming change of generation in the company management. Johannes Schuke studied industrial engineering at the Technical University of Berlin, majoring in civil engineering. After graduating, he gained extensive professional experience in construction project management at a large engineering office in Berlin.

The expertise is deepened

After several years of professional experience, Michael Schuke begins the course to become a master organ builder and receives the master certificate on October 14, 2016.

The passion for organ building lies within the family

In 2006 Michael Schuke, Matthias Schuke’s youngest son, began his training as an organ builder and successfully completed it in 2010.

The old workshop in downtown Potsdam has become too small and is spread over two buildings. For this reason, Matthias Schuke decided in the early 2000s to build a new workshop building. In 2004, the company moved into the modern workshop in the Havelauen in Werder (Havel) near Potsdam. 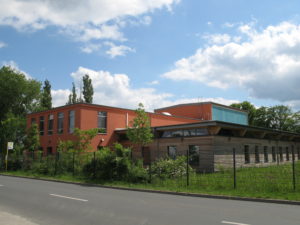 Federal Cross of Merit for commitment to organ building

In 1998, Matthias Schuke was awarded the Cross of Merit on Ribbon of the Federal Republic of Germany by the then Federal President Roman Herzog in his function as a “committed personality in German organ building”.

The way back to a family business

When the GDR collapsed in 1989 and the economic and political turnaround took place in 1990, Matthias Schuke seized the opportunity to return the organ-building workshop to family ownership. After long negotiations with the responsible authorities, he was able to buy the company from the state, which enabled him to successfully reprivatize the company. 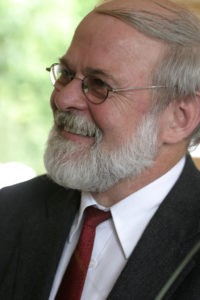 Organ building remains with the family

Hans-Joachim’s brother Karl Schuke has also been heavily involved in organ building in the American occupation zone in West Berlin. Eight years later than his brother, Karl Schuke passed away on May 7, 1987. Since none of Karl Schuke’s four children joined the Berlin company, there is no continuation in family hands.

The Passion of Hans-Joachim Schuke

A family business is nationalized

In 1972, after Erich Honecker came to power, the last remaining family businesses in the GDR were nationalized. The Potsdam organ building company is not spared from this development and so this year becomes the fateful year for Hans-Joachim Schuke. He has no chance against the system of dictatorship and suffers greatly from being deprived of his life’s work.

At the end of the 1950s, Hans-Joachim Schuke worked intensively with organists Heinz Sawade and Albert Schweitzer on the concept of the new Bach organ in the Divi Blasii Church in Mühlhausen. This organ is one of the few in the world to have been built according to Bach’s own specifications. In contrast to Bach’s disposition, the organ work is supplemented by five stops to enable modern organ literature to be played as well. The new organ was inaugurated on May 24, 1959.

In 1953 Karl Schuke decides to manage the second workshop in the American occupation zone in Berlin. Hans-Joachim Schuke continues the family business of his father Alexander Schuke in Potsdam alone. Although the company is located in the Russian occupation zone, it remains in private hands.

Hans-Joachim and Karl Schuke take over their father's workshop

After the death of his father Alexander Schuke in 1933, the two sons, Hans-Joachim Schuke and Karl Ludwig Schuke, jointly manage the company. As early as 1935, during the period of the organ movement, the brothers started building mechanical slider chest organs again with a newly discovered Baroque sound concept. 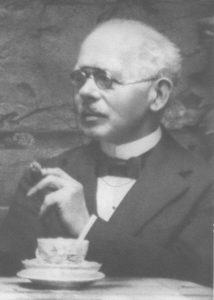 After the death of his father in 1867, Carl Eduard Gesell takes over his company in Potsdam. He continues the tradition of the company and builds mainly one-manual organs for churches in the Mittelmark. In addition, the company wins orders from abroad for the first time and exports organs to Buenos Aires and Constantinople, today Istanbul. 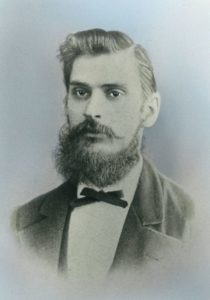 Carl Ludwig Gesell mainly built one-manual organs and is one of the most important organ builders within the Mittelmark. Among the most famous works are the organs for the baroque church in Grünefeld, for the Friedrichskirche in Babelsberg (1852) and for the Heiliggeistkirche in Potsdam (1860).

Foundation of the company by Gottlieb Heise

The master organ builder Gottlieb Heise founded the Potsdam organ building workshop in 1820. Among Heise’s most famous works are the organs for the Lehniner Klosterkirche St. Marien (1828) with one manual and eleven stops, for the Potsdam Kirche St. Nikolai (1837) with two manuals and 26 stops and for the Klosterkirche St. Trinitatis in Neuruppin (1840) with two manuals and 22 stops. He also equipped village churches in the Mittelmark with organs, for example the church in Herzberg (1836), the normal church of Schinkel in Lütte (1842), the Heilandskirche am Port von Sacrow (1844) and the village church of Mariendorf (1846).