Centuries-old tradition combined with the current state of science: Our actions stand in a field of tension between continuity and change, old and new, consistency and progress.

In close cooperation with universities and scientific institutions, we have carried out various research projects and gained new insights into modern organ building. 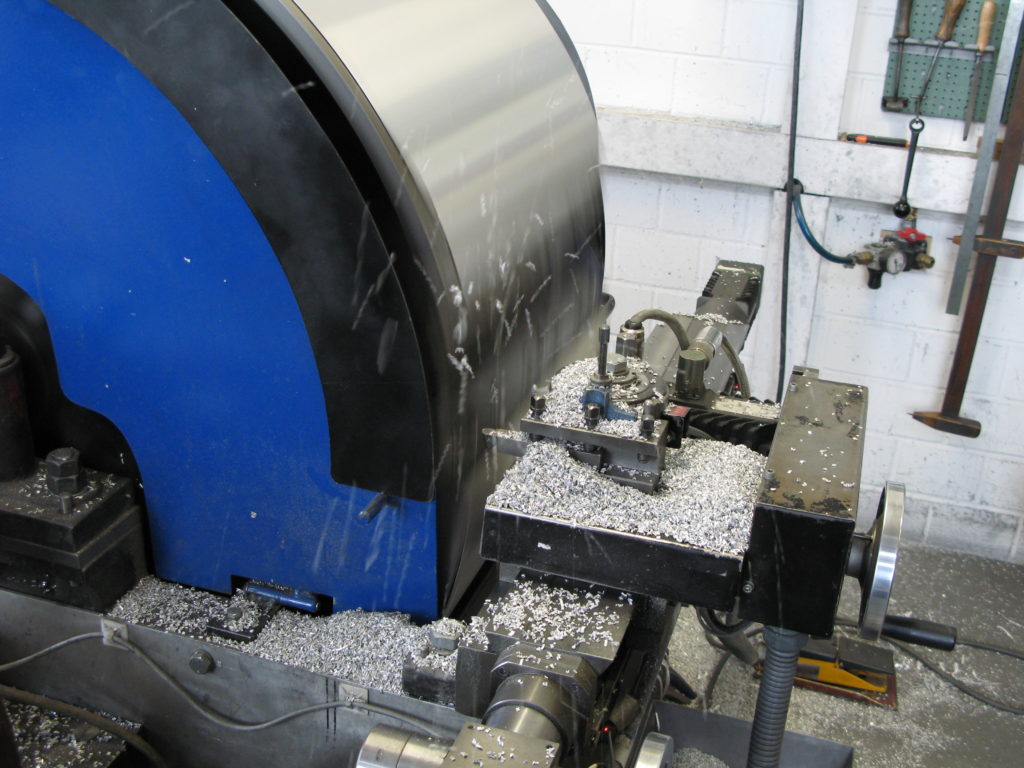 Continuing the history of organ building through science and innovation

The cooperation with metallurgists brought about a major innovation in pipe making. These examined material samples of historical pipes in order to make statements about admixtures in the historical lead-tin alloys. Since the sound of the pipes became increasingly unsatisfactory the more modern (and thus purer) the source material was, it was obvious to add these impurities to the material again. Through this work it was possible to reconstruct the historical lead-tin alloys (e.g. English tin).

As a consequence of the research efforts, a procedure was needed that allowed an objective analysis of the pipe sounds – both the labial and the tongue pipes. The reproducibility of the mechanical properties of the pipes is an essential task. In the project “Procedure in reconstructive and restorative organ building” a new procedure was developed, consisting of sound analysis and computer-controlled planing machine, which can fulfill exactly the mentioned requirements. The properties of historical organ pipes can be produced faster, more efficiently and more accurately with this planing machine than by hand.

Within the framework of this project, a very successful cooperation has developed between us and the University of Potsdam.

The machine from our first research project has already been fully used in the project “Objective methods for the intonation of labial organ pipes”. In this project it could be shown that the wall profile of the pipes has a positive influence on the sound and the transient response of labial pipes.

The project was carried out in cooperation with the proven partners UP Transfer Gesellschaft für Wissens- und Technologietransfer mbH at the University of Potsdam and Görne Akustik Dipl.-Ing. Görne, Berlin.

From June 15, 2005 to September 30 2007, we successfully carried out a research and development project with the title “Development of a control device for the wind supply of an organ for the adjustment of desired wind effects” in cooperation with UP Transfer GmbH. We developed and put into operation a model wind chest. On December 4, 2009 our company received the Innovation Award Berlin/Brandenburg 2009.

In a fourth project with the project-executing agency of the Federal Ministry of Economics and Energy (BMWi) as part of the program “Zentrales Innovationsprogramm Mittelstand (ZIM)” (Central Innovation Programme for SMEs), the synchronization of organ pipes, the investigation and measurement of effects in the laboratory as well as the development of the automatic recording of measurement series were intensively dealt with in the period from February 1, 2011 to January 31, 2013.

Two organ pipes standing close together interact with each other. This can lead to the fact that two tones are no longer perceived, but that the pipes together only emit one tone – the pipes synchronize. This effect is undesirable with “mixtures” (stops of an organ with several pipes per note), since the pipes in different pitches should each contribute to the full organ sound. In the “Double Principal”, pipes of the same size are often arranged next to or behind each other in order to raise the level. Depending on the arrangement of the pipes, an increase or decrease in volume is observed. Here a precise control of the sound is desired in order to increase the volume.

In several steps we have investigated this synchronization effect of organ pipes together with the University of Potsdam. We have modeled this effect theoretically as well as by measurements in the workshop and in anechoic rooms in order to prove the influence of the room on this effect.

In the years 2011/12, the reproduction of a “Byzantine double organ” from the 10th century A.D. was built, primarily according to pictures and text sources of the Middle Ages, using information obtained from archaeological findings. This instrument could already be seen in 2012 in the exhibition “The Golden Byzantium and the Orient” at the Schallaburg (Austria). It consists of a drone organ with a row of eight pipes with slide loops and a playing organ with slide loops and key mechanism as well as two rows of 13 pipes. Both organs stand on a console and receive separate wind supplies by means of forged bellows. An electric wind supply is also integrated. The work includes tests and investigations with the finished instrument, for example with regard to its acoustics and handling. This project was led by music archaeologist Susanne Rühling and implemented in our workshops.

In the autumn of 2012, a further reconstruction of the Aquincum organ from 228 A.D. was completed with a new concept, after the evaluation of various source genres and a renewed analysis of the images of the organ fragments. This was the first time that insights from the performance practice of early music had been incorporated. A newly developed keyboard and a completely different musical tuning and tone sequence were developed for the four rows of pipes with 13 tones, in contrast to the majority of the replicas produced up to then. Attempts have also been made at various ways of supplying the instrument with wind power.

Replicas from successive epochs provide an insight into the development of musical and technical traditions. The organ as a very complex instrument in a certain way embodies the theoretical concept of ancient and early medieval music theory and practice. In addition, it is itself a representative of an early form of polyphony. Our approach is pursuing new paths here and can contribute to clarifying some questions of music theory. Changes in constructive elements of this type of instrument represent the change or continuation of theoretical and practical foundations. This project was led by Susanne Rühling.