Eilertus Köhler (around 1710-1751), who came from the county of Oldenburg, built a large two-manual organ with 39 stops and mechanical tone and stop action in the Kreuzkirche Suhl.

How this order came about has not been clarified for a long time, but it is thus a North German organ in the Thuringian area.

He succeeds in combining the high quality organ building from the north with the wide 8′ sound base of the Thuringian organs. He testifies to his North German origins with the construction of seven reed stops.

The restoration of the Köhler organ in Suhl was completed in 2007, since then the organ shines again with reconstructed console in its old glory.

This organ formed the basis for the disposition of the new Schuke organ of 2011 in Bardowick Cathedral, a re-import from Thuringia to Northern Germany, so to speak. 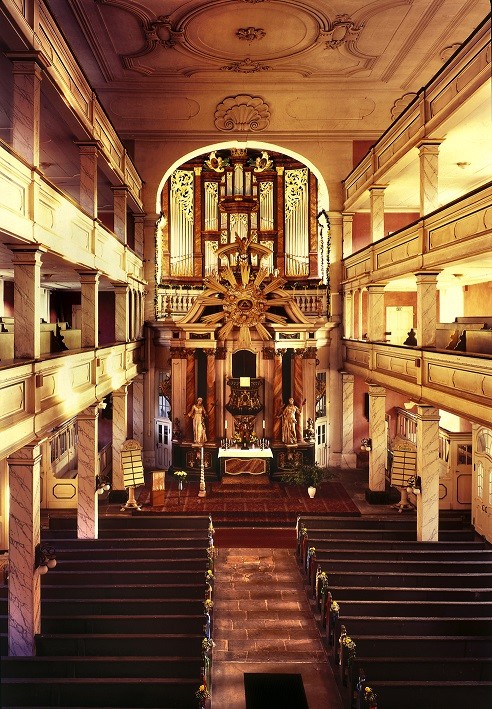