Reconstruction of the Gloger organ from 1738, Alexander Schuke Orgelbau GmbH, 1997

The organ in the Stephanuskirche Wittingen was originally built in 1738 by Johann Hinrich Gloger for the Göttingen University Church. In the early 19th century it was transferred to the Wittingen church.

In 1995 the organ, which had been rebuilt several times, was reconstructed with the still historical facade by the Alexander Schuke company from Potsdam and reinstalled with a new organ gallery at its present location opposite the altar.

It now has 24 stops on 2 manuals and pedal with mechanical tone and stop action.

The musical temperature was set after Neidhardt II. 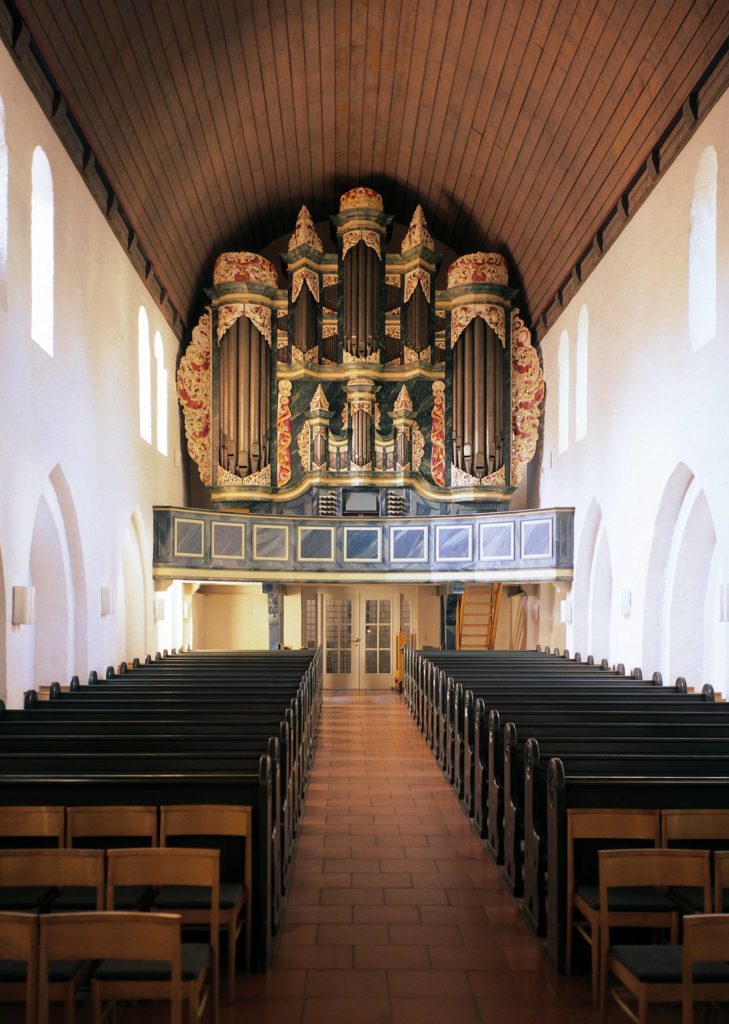