Near the Pfingstberg in Potsdam, the Empress Auguste Victoria donated a church building, which was consecrated in 1894. In 1896 the church received an organ from the court organ builder Wilhelm Sauer.

Already in 1933 this organ was enlarged and rebuilt by Alexander Schuke from Potsdam. Due to fatigue of the electro-pneumatics, the organ of that time was no longer playable at the end of the 20th century.

Our traditional workshop built a new organ as a purely mechanical slider chest organ behind the historical facade.
The instrument has an early romantic disposition with 25 stops, split between two manual works and pedal. The extensive arrangement of timbres is ideal for worship and chamber music performances.

The organ was inaugurated for the 125th anniversary of the church’s consecration in 2019. 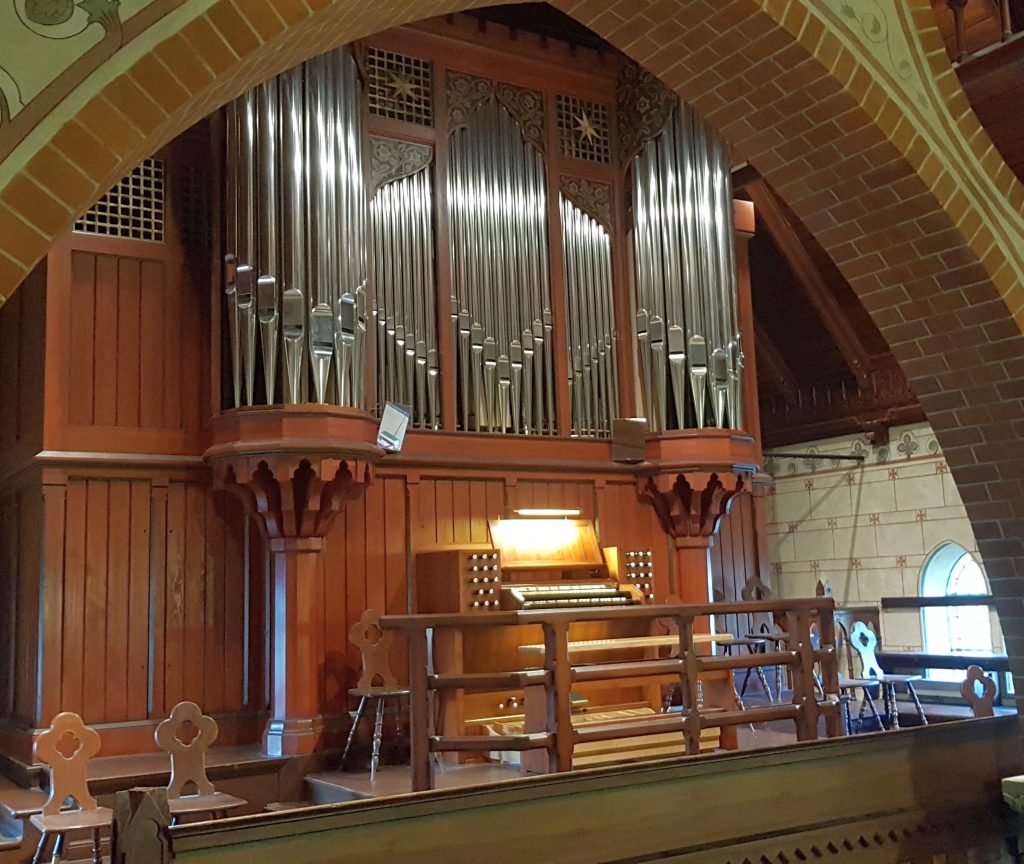