The organ was built in 1965 by the organ building institute Alexander Schuke Potsdam with II manuals and pedal and 16 stops for the Fürstensaal of the Predigereminar Wittenberg. Since this building was no longer used as a preacher’s seminary from 2012 and there was not enough space in the new preacher’s seminary for this instrument, it was dismantled and stored.

The idea of the organist couple of the castle church was to place the organ behind the choir stalls according to the English model. All the pipes from the 1965 inventory could be retained, a Principal 8′ and a Salicional 8′ were added in our new concept of 2016, in which the organ is hardly visible (except for the electric console with setting system), but is all the more audible due to the acoustically excellent position behind the choir stalls on the north side.

After some sound adjustments, the organ from the Fürstensaal of the former preacher’s seminary now fulfils its new task as choir organ during devotions and concerts in the castle church. 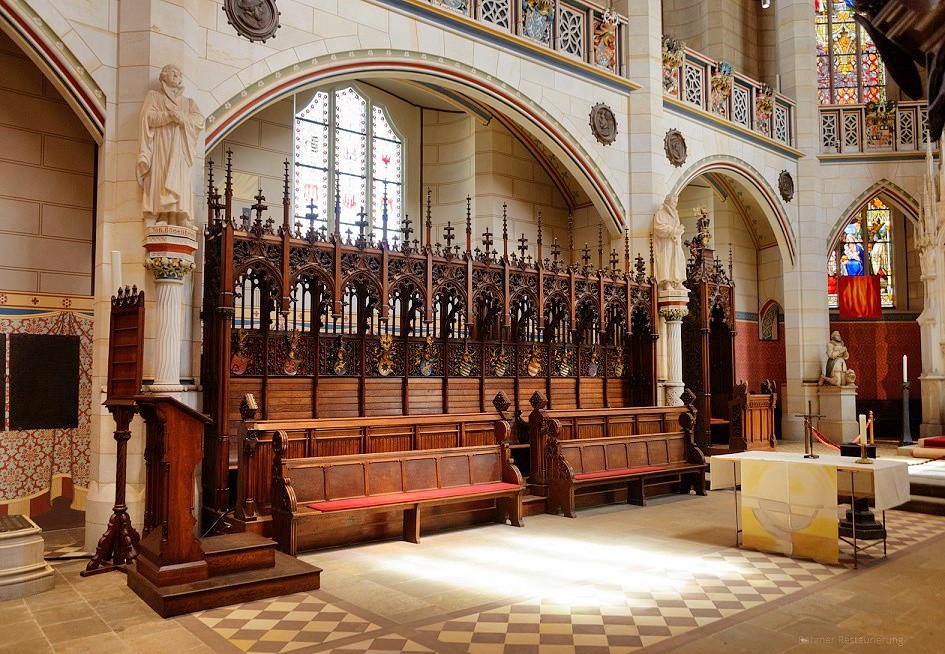