The Beckerath organ in the main church of St. Peter’s from 1955 is one of Hamburg’s great and formative instruments and embodies a piece of contemporary history of German organ building in the second half of the 20th century.

Its architectural design is basically based on the concept of the classic organ prospectus of North German style.

The simplicity of the clearly readable forms bears witness to the sobriety of the fifties and sixties of the last century.

In 2006 we were commissioned to carry out a general repair and restoration of this organ with the addition of 66 stops, a new console with four manuals and pedal, mechanical key action and an electric stop action with USB memory and MIDI interface. 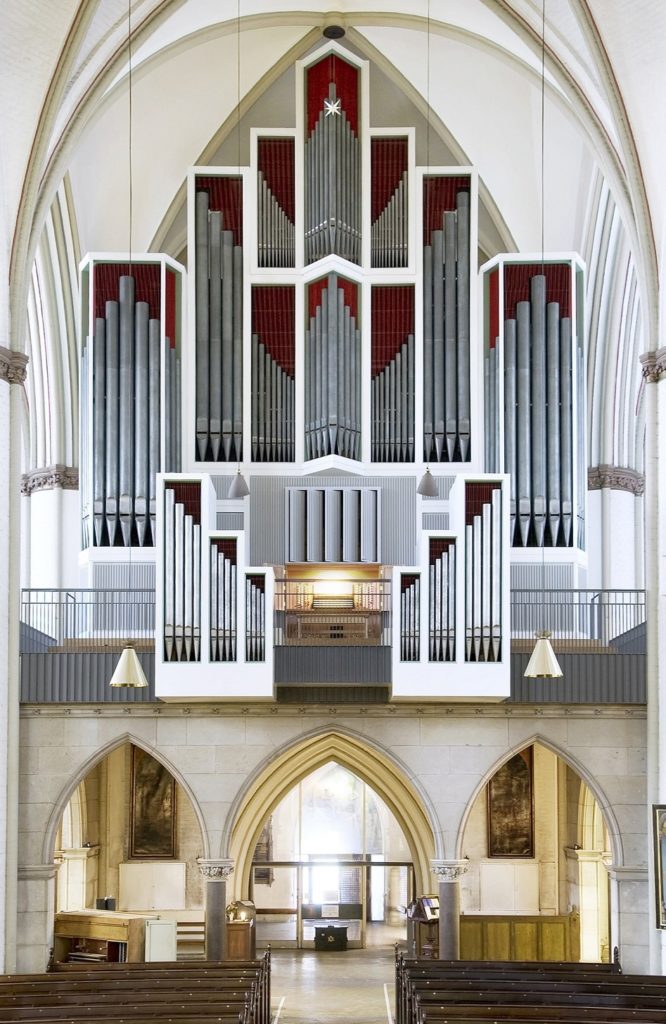