The state conservatory “Elsner” in Warsaw is one of the most important educational institutions in Poland. The two-stage education is a special feature that does not exist in Germany in this form.

In 1976 the conservatory already received a II-manual practice instrument with 18 registers from our company, which was installed in the concert hall.

Due to the versatile and heavy use of the concert hall and the fact that the practice organ was used up in the organ class, there was a need to purchase a new practice instrument for the organ class.

This instrument has 22 stops, II manuals and pedal as well as an additional teacher’s manual with mechanical switching to a short octave, as was usual in early music. 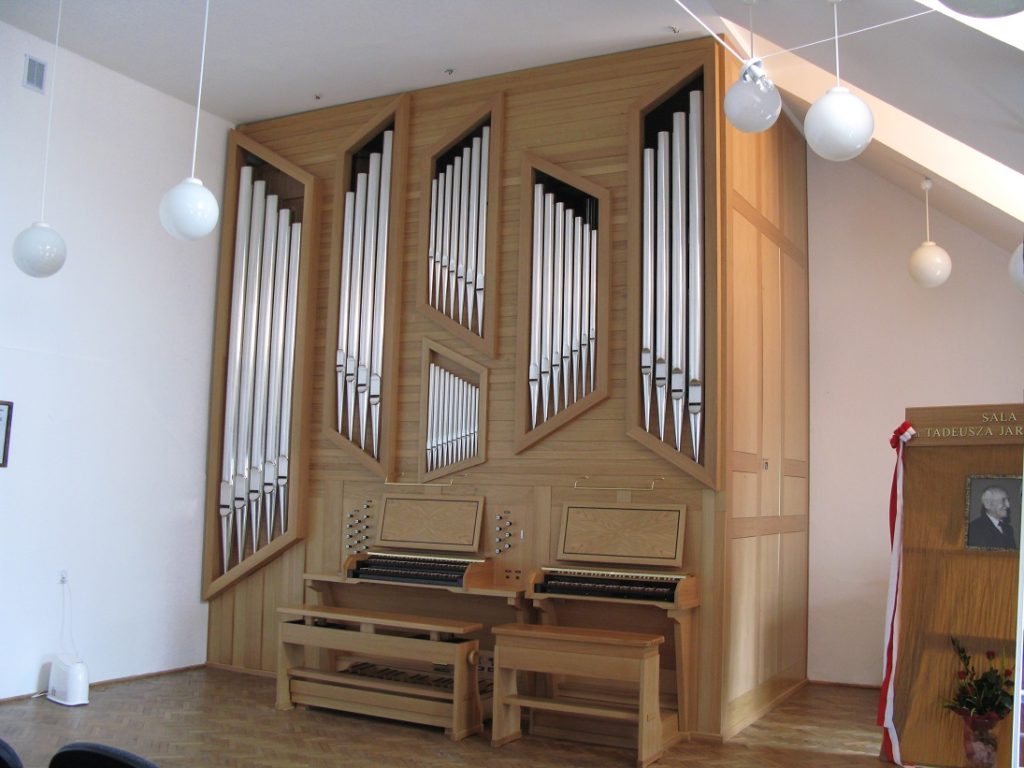