The new Schuke organ of the Franziskanerkirche Graz (op. 615) from 2005 is equipped with II manuals and pedal. The Hauptwerk received 11 stops, the Oberwerk 9 stops and the pedal 7 stops as well as mechanical tone and stop action.

Our musical concept is based on a sound spectrum, the core of which originates from the Middle and North German character. The Hauptwerk and the Oberwerk carry to a large extent the corresponding character between the clergy and the congregation.

This interaction is dedicated to liturgical use. At the same time this organ has to fulfil different tasks, because an instrument in the inner-city church of Graz should also fulfil its cultural task as a concert instrument.

As far as this is possible within the limited number of registers, the dynamic ability to differentiate is given room to shape the compositions from the late Renaissance to the early Romantic period. 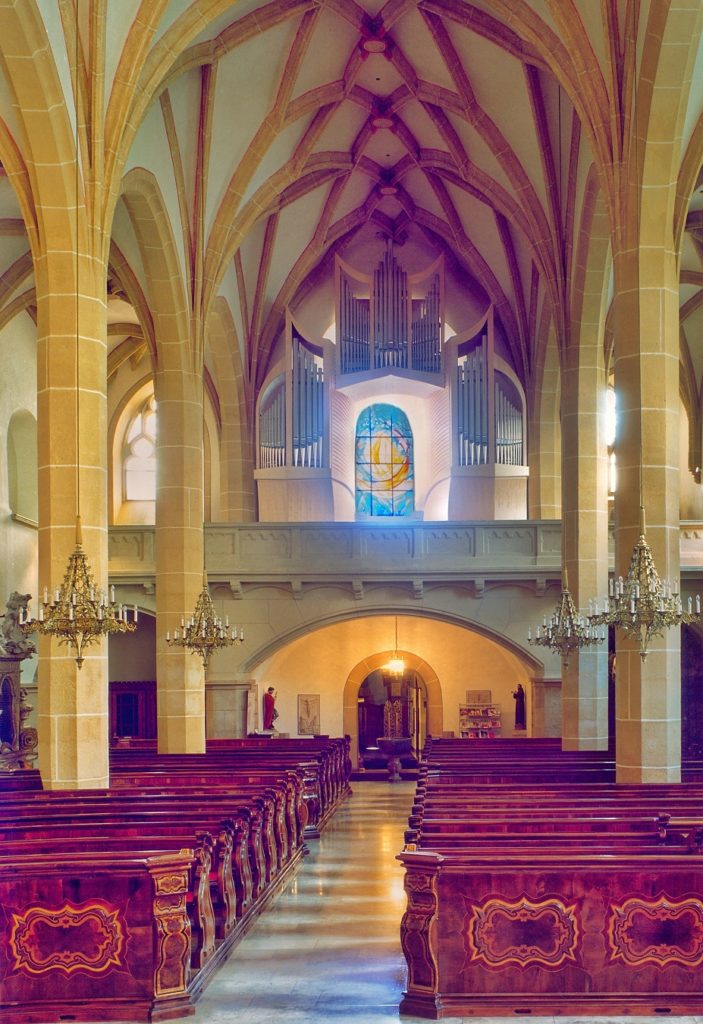